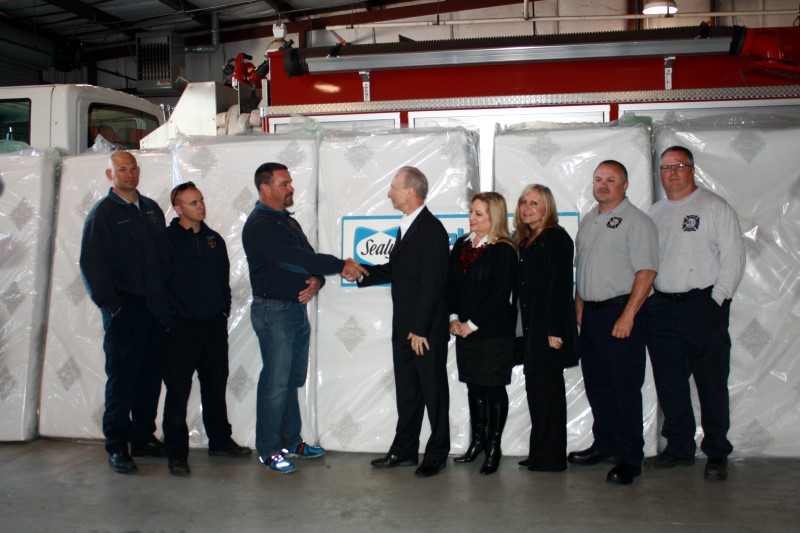 While the amount of sleep Headland firemen get certainly varies, the quality won't. Sealy Mattress and Mattress U.S.A. donated six sets of mattresses and box springs to the Headland Fire Department March 26. "It means so much to us to be a part of the Headland community," said Mattress U.S.A. owner Dan Corley, explaining he lives in Henry County and his family has roots that run deep here.

"Henry County is a part of our history... our legacy." Corley said fireman don't usually get full nights of sleep. "We want these guys to feel rested." The bedding totaled out at over $3,000. "We're thrilled to do that." He also thanked Sealy for taking part in the effort. On hand for the presentation were, from the left, Brian Beasley, Michael Rogers, Arnie Nowell, firemen; Corley and his wife and co-owner Ronda; Lynn French, Sealy representative; and firemen Ken Stevens and Tim Adkins.