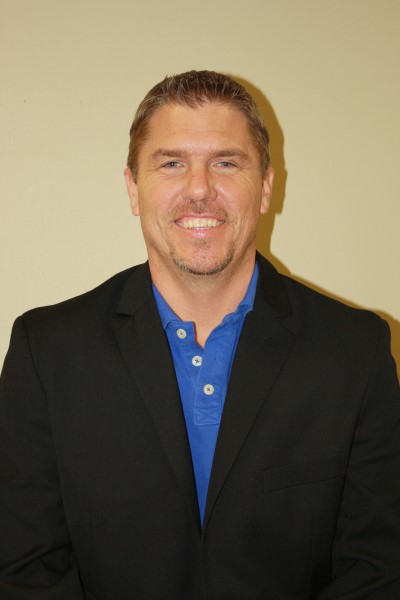 New Headland District Three Councilman Michael Roland knew he wanted to serve the city one day, but that day got here quicker than expected. He was recently recommended to take the place of John Mellown, who had moved out of the district.

"This was actually something I had thought of doing... only not this soon," Roland said. "When the opportunity came available and I was approached about it, I decided now was a good time."

The 1990 Dothan High graduate said recently impressions have been positive. "The first meeting was a little more than I had expected from what I had witnessed before. But with the discussion of the recreation department on the agenda it made it a little more into my comfort zone, which was good for the first one. So far, everyone and everything has been really positive."

A husband and father of three, Roland relocated from Dothan eight years ago, but he has ties to Headland and Henry County. "I was born in Dothan, but my dad, Billy Roland, is from Cottonwood and my mother, Barbara Kirkland, is from Newville. I spent a lot of my childhood roaming the streets of Newville. I would go to the Dixie Dandy, then over to the True Value Hardware Store.

"My aunt, Elaine Whiddon, worked at the post office, so I would go over and see her afterwards. My uncle, Gary Whiddon, would always let me take his truck to the pasture, even though I wasn't old enough to drive."
The family has been involved in recreation programs via the recreation board, pee wee football (where he has served as vice president) and baseball. "The recreation department has been an interest of mine, since I'm a very sports-minded person," he said. "Any new programs, or old ones, we can improve on, that can get the kids more involved with extracurricular activities, is what I would like to get involved with." He coaches football, baseball, and basketball, and enjoys working out.

Roland said he would very much like to see the city acquire a recreation center so kids and adults could participate and enjoy. He wanted the residents of district three to know, however, he has more than recreation on his mind. "I want them to know I'm a very hard and dedicated worker. I might not know all the answers, but that will not stop me from finding them. Anything asked of me and in my power to get done, I will do my best to see it is done or at least give a reason why, as a city, it can't."

The councilman thanked Mayor Ray Marler for the confidence shown in recommending him for the position. "I would also like to thank my wife, Kim, for all her support. With me already being involved with the football and rec boards, and coaching on top of those duties, she did not discourage me from taking on such an important role. She encouraged me more than anyone, even though it would mean more duties as well, with our having three very active boys."

Roland attended Troy State University and Sparks College, where he studied drafting. He is a drafting manager with Covenant Steel in Dothan, where he has worked for 12 years.